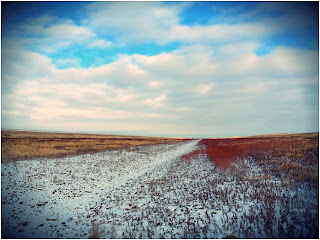 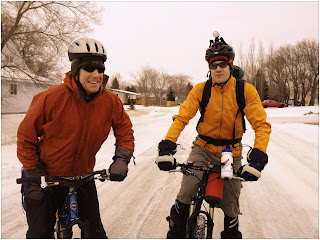 In preparation for Actif Epica, a winter fun race coming up this February in Southern MB, Mike and I rode the northern section of the route in order to get a handle on our available gear and to see how we work as a team. The route consists primarily of gravel and dirt roads on a section of the Trans Canada Trail also known as the Crow Wing Trail. We began in Niverville and looked to ride about 50km back to Mike's place in South Osbourne. The temp was a windy but balmy -5 as we started out after getting dropped off in Niverville. Spirits were high and riding pace was much quicker than expected due to a decent tail wind. 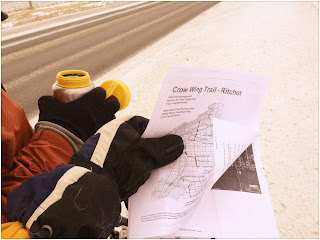 Although technically not the ideal weather for training for a race that could get much colder and snowier, we did get some affirmations of our gear choices.

1. We did not over dress. So basically, even though it was as warm as Cuba outside, we were not drenched in sweat.

2. Our navigation seemed to be generally solid despite riding 4 miles out of the way at the very start in search of the trail head!

3. We over-packed. No, maybe not, but at least for these temperatures. Still a good sign considering the alternative.

4. We began with warm water and ended with slightly warm water. Simply put- our water sources were kept warm enough at -5 that there was no major change in temp and no issues with freezing. OK- so -30 will look a bit different- but at least its good to know we are on the right track.

5. We were well stocked with emergency supplies that ended up coming in quite handy. 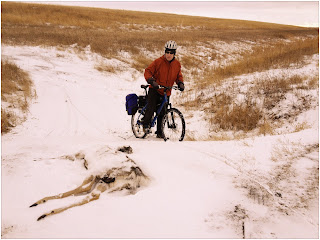 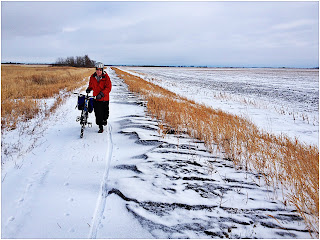 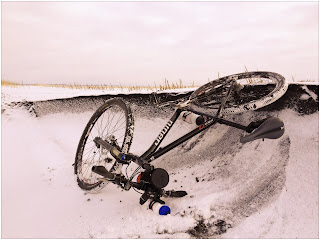 
Fun on the drifts!


As we rode the last section of the floodway before St. Anne's road, I slipped on the ice and slid on the ground, tearing a deep hole into my knee. Something had sliced the skin cleanly and it turned out to be a used Co2 cartridge which was frozen to the ground with the punctured end up. Despite the blood I was able to keep focused and get it gauzed and bandaged enough for us to get into the city. After 5 hours at the hospital i had everything cleaned up and had the opportunity to take a few photos of the carnage. Here they are- not for the faint of heart. 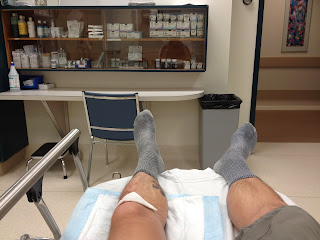 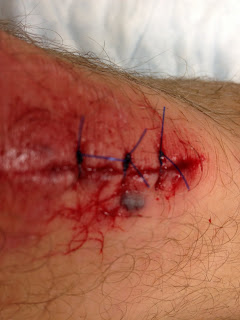 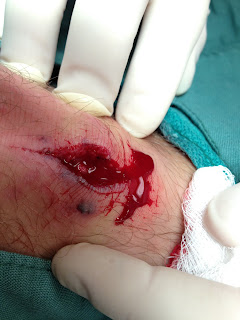 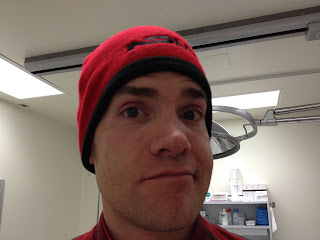