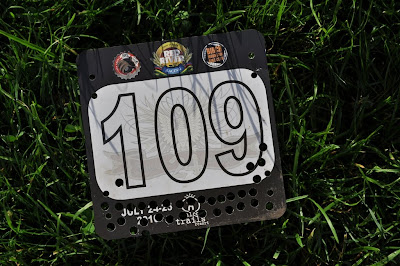 Well, it was great to race, and it was almost as good to finally be done. The holes punched in the license plate represent 7km laps completed. Not an overly fast pace, the course was quite technical in places and fairly rooty and wet in the woods. Dallas told me early on that there would be sections of the trail that, after encountering over and over again, i would absolutely despise. He was right. There was that little mud hole just after the first climb. Had a way of draining my speed EVERY single time as i eventually gave up looking for that perfect line. There was that squishy swamp where i got stung in the butt cheek at least twice by wasps (pain then, Itch now). And there was that technical rocky section about half way through where several sharp rocks tried their hardest to puncture my sidewalls (luckily they were thwarted).

This was my first experience with a 24 hour race and in many ways it lived up to my expectations. There would be periods of intense desire to quit riding. There would be butt pains, hand pains, leg pains, gut pains, and all sorts of pain I'd probably never experienced. I did learn that i can stay on a bike longer than I thought I could. I learned that cantaloupe is the greatest thing in the world after 12 hours of racing. I learned that a little mud added repeatedly over the course of a number of hours has the ability to stop things from working. I learned that having someone to cheer you up and encourage you means that much more so many hours into the race. Vanessa is awesome. Thanks to everyone who was such a great cheering section for the racers (fgbc crew at the top of the list!) Renee T. even took a slow lap with me to help keep me human. Thanks dude!

Things that did not live up to my expectations:
-my butt is not sore from riding 23 hours. it is only sore from wasp stings.
-I had no idea i could last as long as i did.

I'm looking forward to getting feeling back into my left hand and being able to bend over to tie my shoes. 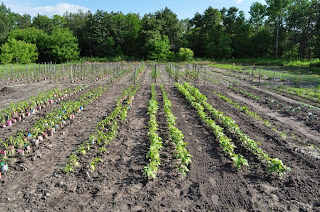 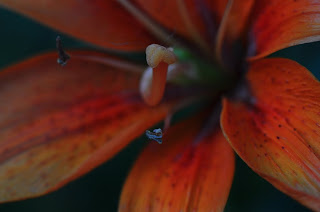 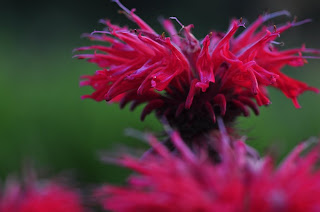 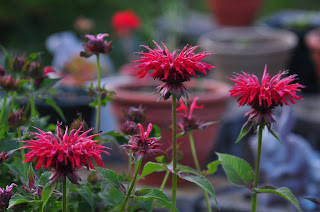 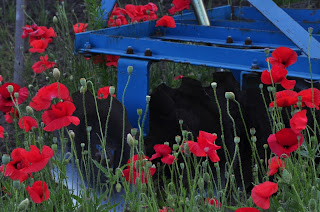 My mother-in-law's organic veggie garden. We help out. We reap the rewards. Nice flowers too!
Posted by JP at 11:23 PM 1 comment:

How to (or not to) ride a plank bridge

Upon arriving at Colert beach for Tinker Creek Cycle's inaugural Back 40 endurance race this past Sunday, my 5-year old daughter began cruising her tiny bike down the gravel road by the feed zone which ended in a 10-ft steep-ish drop. Before I could stop her, she had crashed at the bottom, blood pouring from her bottom lip. Luckily she was pretty much OK and was soon back on her bike even after saying that she would "never ride her bike again." As I couldn't let her be the only casualty, I made up my mind to one-up her crash during the first lap of the 80-kilometer race. As the following pictures will show, Johnny G. (winner of the butter belt) demonstrates a far superior entry from switchback-to-hardleftturn-to-plank-bridge than I had. I definitely learned once again that "checking one's speed" can be occasionally beneficial when faced with unfamiliar terrain. Unless of course you enjoy falling close to 10 feet and plunging head first into a muddy ditch. As I pulled my head out from the muck at the bottom of the creek I was actually quite surprised to be alive! (Thank-you Lord!) The bike was OK and i figured that the resulting chest pains were merely cosmetic... so.. back to the race baby! 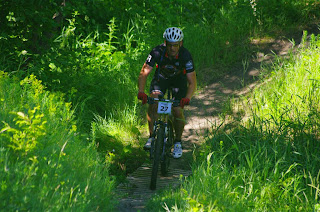 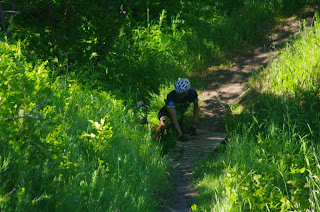 All-In-All, a fantastic time with some great folks. Good times riding with Brad, Cory, Dave, Rob, and Paul.
Posted by JP at 2:23 PM No comments: