Vanessa (B race) - 1st cross race ever! (My Lungs were burning- isn't that bad?)

Good times! Rainer is next! 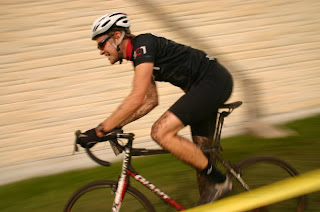 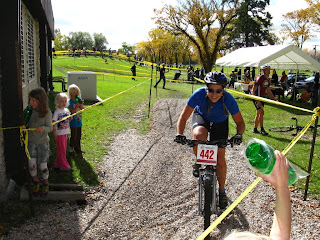 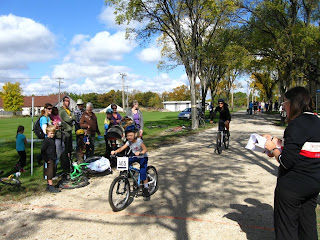 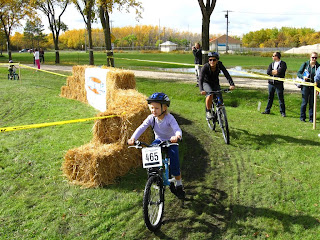 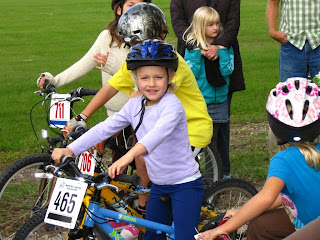 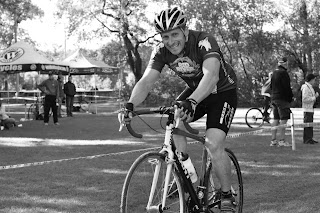 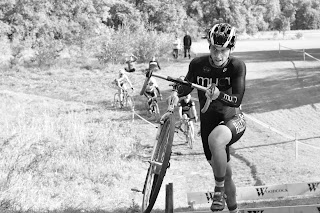 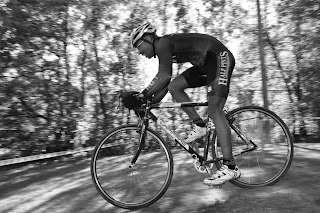 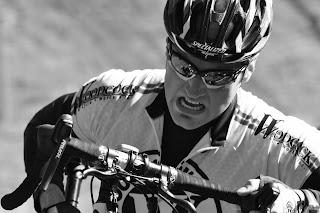 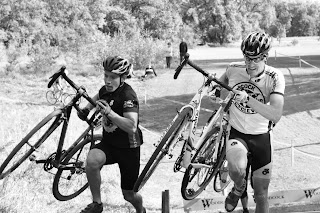 Well It's officially cross season! Although I haven't personally raced a cross race as of yet, it looks like a lot of fun. You're all as loonie as I was expecting. It was nice being a spectator as opposed to racing for once... but I may just have caught the cross bug! Here's a few pictures from Wildwood today... and a link to about 400 more. Enjoy! 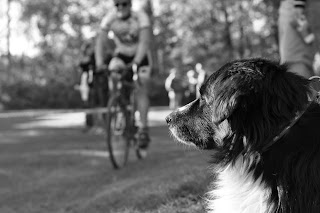 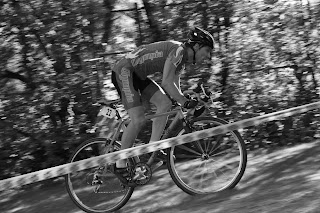 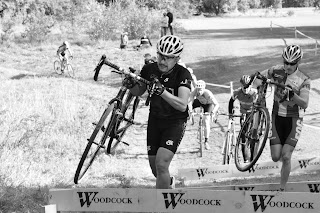 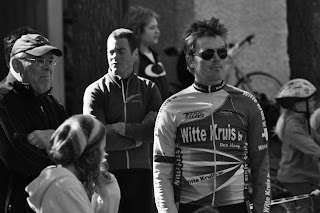 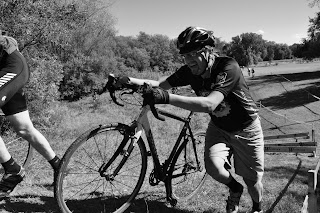 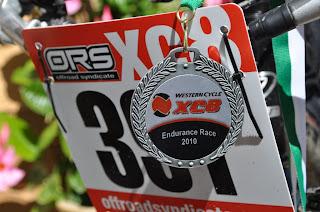 It looked like a bad weekend for racing. It poured rain falcon style for several days beforehand. When Gord and I got out to Buffalo Pound it was still wet everywhere. Rob and Janice had just pulled in before we got there. It was after 6pm and looked like rain, but we chanced the pre-ride. The course was super greasy. We were spinning constantly on the climbs and our tires were totally coated with mud. The normally fast single track descents were extremely slippery. It took us over an hour to pre-ride, and by the time we got back to our tent trailer clouds had blocked out the dusk light and it was nearly black. Rob and Janice were still out on course... We were close to going back up with lights to search when they showed up back at the campsite, apparently having the clarity of mind to abandon the trail in the middle, cross a field to the highway, and navigate back instead of attempting the remaining trail in the dark.

At night the stars came out and by morning it was sunny with a stiff breeze. on the first lap of the race there was already a big difference in the manageability of the course over the evening prior. Starting to tack up nicely. Except for "roots", which is a groovy decent through a long gully that stayed a mud bath all day.

The course designers had added a long section of Dale Cramer style single track which replaced the last half of the infamous "1/4 mile of death", upping the overall course length more than a kilometer. It was definitely a hard course. 1300 feet of climbing. Hard to tell if it was faster or slower than last year, but it was noticeably longer. The traditional lemans start included a 1/2 climb up the "1/4 mile of death" followed by a steep descent down the old ski hill in front of spectators only to climb it again.

It ended up being a perfect race day for me as the temperature was much more hospitable than last year (17C as opposed to 32C) and there was a nice cooling wind. Since the opening single track of the new "Twister" section was very tight, my game plan was to try to start in the top 20% to avoid bike jams on the steep single track climbs. It was a good call and I think I was actually in the top 9 or so when we got to the single track for the first time.

It was in and out with about 4-5 guys for the first few laps. I ended up riding for a good while with a Cat 1 roadie from Vancouver. He told me that he was heading down to Trinidad next week with the national team for a 7 day stage race. For a roadie he definitely had fantastic bike handling skills on the descents- it was hard for me to hold his wheel at times. Still I was eventually able to drop him, as well as the others I had been exchanging places with. People were super friendly on the course- it was awesome. No animosity at all, even in the tight sections. When i would yell "rider up" people would literally jump off the trail to accommodate. Lots of Cowbells and cheers from spectators and other riders alike.

As it turned out, despite several no-shows, we had a decent effort for Manitoba. Kat Horbatiuk crushed her field with 7 laps completed taking home first place in the solo female category. Janice Brigdon finished in second place. I sat in second place from my fifth lap on. Although I felt very strong and was gaining time each lap, I was unable to prevent Sasketchewan (Jeremy Eerdman) from winning their first XC8 title (sorry guys... Dave or Greg... i thought that was your responsibility!). I crossed the finish line around 7 minutes after the final cutoff, having completed 9 laps in approximately 7 hours and 37 minutes, approximately 12 minutes off the lead. Still, I am very happy with my ride. My lap times were consistent and I was having a freaking blast.

Thanks XC8 crew for a fantastically run event. On time, great prizes, smooth organization. Great atmosphere. We ended up having a bonfire with the 'tobans after the race. Kat, Rob, Janice, Karl Chandler, Gord, Myself, Dave Johnson and his wife and two of our new friends from Kola (sorry... can't remember your names right now). Let's do it again next year!!
Posted by JP at 11:26 AM 10 comments: